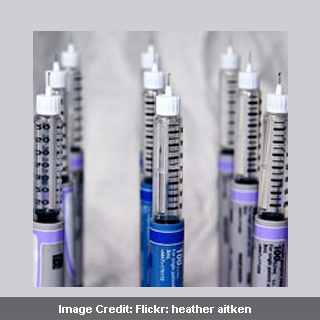 Here is some good news for all expecting mothers suffering from type 1 diabetes. A latest research commenced by the University of Cambridge suggests that providing artificial pancreas to pregnant women with type 1 diabetes can decline the number of stillbirth and mortality rates. The device seems to automatically dispense the right amount of insulin at the right time, maintain near normal blood glucose levels and, avoid nocturnal hypoglycaemia in early as well as late pregnancy.

As hormonal changes take place while conceiving, the threat for women with diabetes may also elevate. Newborns of such women probably face five times greater risk of being stillborn, three times as likely to die in their first months of life and twice capable to have a major deformity. In the current research, scientists thoroughly scrutinized the benefits of artificial pancreas or ‘closed-loop insulin delivery system’ in ten pregnant women with type 1 diabetes. The device seemingly supplied the right amount of insulin at the right time. It may also regulate almost all the blood glucose levels and avert nocturnal hypoglycaemia in not only early, but also late pregnancy.

“For women with Type 1 diabetes, self-management is particularly challenging during pregnancy due to physiologic and hormonal changes. Previous studies indicate that pregnant women with the condition spend an average of ten hours a day with glucose levels outside the recommended target. These high blood glucose levels increase the risk of congenital malformation, stillbirth, neonatal death, preterm delivery, macrosomia [oversized babies] and neonatal admission. So to discover an artificial pancreas can help maintain near-normal glucose levels in these women is very promising,” added, Dr Helen Murphy of the University of Cambridge’s Department of Clinical Biochemistry.

The research was published in the February issue of Diabetes Care.