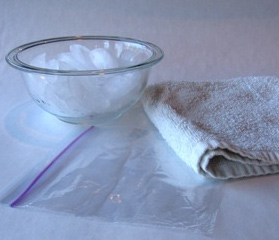 A leading German accident and emergencies doctor has warned that people who suffer serious, large-scale burns should not receive cooling treatment, nor should people who have swallowed poison be encouraged to vomit.

Professor Peter Sefrin heads the Association of Bavarian Accident and Emergency Doctors and works for the Red Cross.

“We have discovered new things about resuscitation, burns and poisoning,” said Peter Sefrin.

“We don’t cool serious-burns patients with cold water any more. Many of them used to arrive at hospital with their body temperature reduced as low as 32 degrees Celsius. We now say they need to be kept warm, since their burned skin has lost its protective function.”

In an interview, he added that the modern treatment for poisoning, based on scientific studies, was to neutralize the poison with charcoal.

“Making the patient vomit is not in the guidelines any more.

“Once someone has swallowed poison, you can’t get it all out any more. If they vomit and inhale, it could even be more dangerous as the airways could become blocked by vomited material.”

In relation to reanimating patient, Safrin said the old practices of applying breathing resuscitation followed by heart massage had now been switched round the other way, with the recommendation to double the number of thrusts on the chest from 15 to 30, then resuscitate.

He said the new procedures had been proven in tests on animals and in practice and had been approved in 2005 at a world conference of accident doctors in Dallas, Texas, but the public was not generally aware of these advances yet.