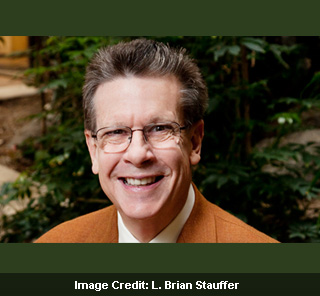 Christoph Wilhelm Hufeland once said, ‘Laughter is the most healthful exertion.’ True to this, happiness indeed seems to play a major role in leading a disease-free long life. A groundbreaking research evaluating more than 160 studies of human and animal subjects claims that happy people tend to live longer with better health than their unhappy peers. Even though happiness in itself fails to prevent or treat ailments, positive emotions and enjoyment of life supposedly contribute towards better health and a longer lifespan.

During the research, long-term studies of human subjects, experimental human and animal trials as well as studies that evaluate the health status of people stressed by natural events were thoroughly scrutinized. So, almost 5,000 university students were examined for more than 40 years. Also a longer-term study that followed 180 Catholic nuns from early adulthood to old age was assayed. It was pointed out that nuns who wrote positive autobiographies in their early 20s seemingly outlived more than those who wrote more negative accounts of their young lives.

The general conclusion was that feeling positive about life instead of being stressed out and depressed leads to both longevity and better health among healthy populations. It was observed that anxiety, depression, a lack of enjoyment of daily activities along with pessimism is all linked with not only higher rates of disease, but also a shorter lifespan. The affects of positive emotions were then inspected on various animal tests.

“Happiness is no magic bullet. But the evidence is clear and compelling that it changes your odds of getting disease or dying young,” shared lead researcher, University of Illinois professor emeritus of psychology Ed Diener, who also is a senior scientist for the Gallup Organization, of Princeton, N.J., “Although there are a handful of studies that find opposite effects, the overwhelming majority of studies support the conclusion that happiness is associated with health and longevity. Current health recommendations focus on four things: avoid obesity, eat right, don’t smoke, and exercise. It may be time to add ‘be happy and avoid chronic anger and depression’ to the list.”

In the animal studies, a strong correlation between stress and poor health was registered. Animals provided with same amount of care but different stress levels were examined. These experiments suggested that stressed animals are more susceptible to heart disease, have weaker immune systems and tend to die younger than those living in less crowded conditions. The laboratory experiments on humans concluded that positive moods possibly diminish stress-related hormones, boost immune function and promote the speedy recovery of the heart after exertion. Authors mention that positive emotions have the ability to contribute towards better health and longevity though they can’t tackle any particular disease.

The research is published in the journal Applied Psychology: Health and Well-Being.