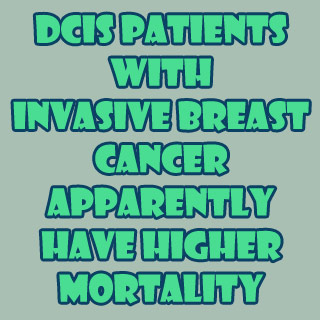 The study focused on analyzing the long-term effects of treatments to prevent invasive recurrence after lumpectomy. The long-term outcomes of patients with localized DCIS enrolled in two large randomized trials were thoroughly evaluated. The B-17 trial matched lumpectomy alone to lumpectomy plus radiation therapy in women with DCIS. The B-24 trial, on the other hand, compared lumpectomy and radiation in combination with either tamoxifen or placebo.

Irene Wapnir, M.D., of Stanford University School of Medicine, and colleagues claimed that recurrence of DCIS was not related to higher mortality. Those subjected to radiation treatment after lumpectomy supposedly had declined threat of ipsilateral invasive breast cancer as compared to lumpectomy alone. Treatment with radiation and tamoxifen apparently decreased the chances of death only when compared to radiation.

The study was published online March 11 in the Journal of the National Cancer Institute.