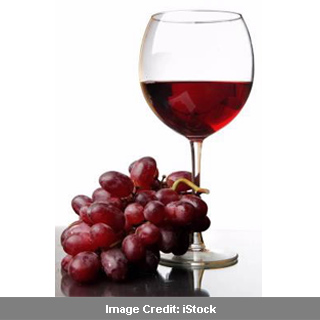 Radiation exposure from the Fukushima nuclear power plant in Japan is presumed to give birth to a number of health issues. Well, the world of health and medicine has now hit upon a natural way to avoid the probable after-effects of radiation. A team of researchers claims that a substance similar to resveratrol present in red wine, grapes and nuts can safeguard against radiation sickness.

Radiation exposure from accidents like the recent events in Japan or from radiation therapy for cancer can possibly lead to a number of ailments among people. Also high doses are believed to cause death. Currently the U.S. Food and Drug Administration are examining a drug for its ability to protect against radiation sickness. However, the drug bags in certain side-effects which make it unfavorable for cancer patients.

In order to overcome these disadvantages, Michael Epperly and colleagues analyzed whether resveratrol can guard against radiation injuries. Resveratrol is known to be a natural and healthful antioxidant found in many foods. It was then pointed out that resveratrol is capable of protecting cells in flasks but not mice, from radiation damage.

The research is published in the ACS Medicinal Chemistry Letters.