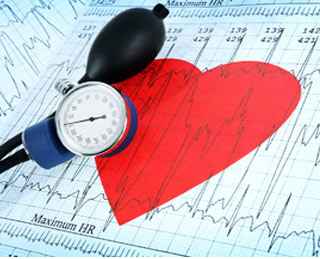 We just got to know that poor sleep may increase risk of high blood pressure in seniors. Now, scientists from the Queen Mary, University of London, have apparently uncovered 16 new gene locations that have an effect on blood pressure.

As a part of the study, information regarding nearly 270,000 individuals was inspected to locate the genetic variations linked to high or low blood pressure in the DNA. They were able to spot the aforesaid 16 genes as well as 12 others were discovered by the Barts and The London team.

The scientists then integrated the effects of genetic variation in each of the 28 gene areas and put forth that these influence risks for conditions such as hypertension, stroke, coronary heart disease and structural alterations in the heart. It also came to light, that the cumulative effect of these changes on blood pressure is seemingly along the same lines as the effects of normal drugs for lowering blood pressure. Essentially, they showed that these results of blood pressure are supposedly similar among populations of Europe, East Asia, South Asia and Africa.

Professor Mark Caulfield, who is also President of the British Hypertension Society, commented, “High blood pressure affects a quarter of the adult population in the UK. These new gene regions we report today offer a major leap forward in our understanding of the inherited influences on blood pressure and offer new potential avenues for treatment which is particularly welcome for those who do not achieve optimal blood pressure control.”

This study basically puts forth a major leap in the knowledge of the role of inheritance in blood pressure. They may also pave the path to new therapeutic targets for prohibiting heart attacks and stroke. As per analysts, blood pressure problems occur due to the combined effect of lifestyle variables and genes which are presumably difficult to identify. The team believes that even minor changes in blood pressure tend to elevate chances of encountering stroke or heart attack. This situation is strikingly common too.

The study is published in Nature and Nature Genetics.