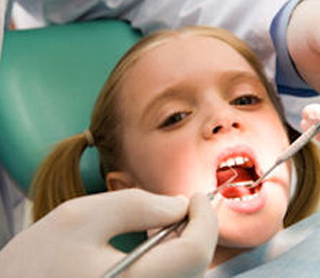 The bacterium Streptococcus mutansis is known to be the primary cause of early childhood caries (EEC) cavities on the first set of teeth. Scientists have now discovered another bacterium Scardovia wiggsiae, which can also be a major contributor to cavities. The research findings may aid in reducing the ever-increasing number of dental issues among children.

At the time of the research, investigators examined bacterial populations in samples of dental plaque taken from deep cavities in afflicted children. These bacterial populations were then matched with plaque from comparable sites in cavity-free children. 16S ribosomal RNA (16S rRNA) was employed for detecting bacterium species. Ribosomes may be the machinery that translates the genetic code into protein, and 16S rRNA is different among species.

High acidity is believed to trigger caries as only acid tolerant bacteria can survive in levels of acidity associated with active caries. While conducting the research, Anne Tanner, of the Forsyth Institute, Cambridge, MA and colleagues even cultured bacteria under acidic conditions to select for species likely to play important roles in cariogenesis. As a result, S. mutans were concluded to be a possible major cause of childhood caries in most kids with advanced carries.

Apart from that, also a new species termed as S. wiggsiae was found in a high proportion of plaque samples from cavities. It was apparently detected in samples that lacked S. mutans as well. The newly identified species can possibly withstand the level of acidity in active caries, leading researchers to speculate that it causes cavities.

The research is published in the Journal of Clinical Microbiology.