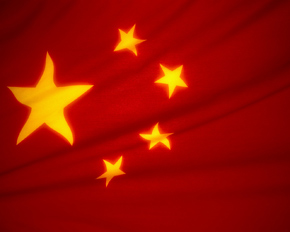 Doctors in China have developed a new birth control surgery for men that could be made available to the public starting next year. The method involves making a small incision along the testicle. Doctors then place a tiny tube, about the size of a match, into the opening.

The tube functions as a filter that blocks sperm, Wu Weixiong, the director of Guangzhou Family Planning Technology Center, said.

The surgery has already been patented, and the health department will promote it as soon as it is approved by the National Food and Drug Administration, Zhu Jiaming, the vice-president of the Guangzhou Sexology Association, said. He expects approval to be granted by next year.

“The success rate for this form of birth control is 97 percent,” he said.

The tube can be removed without negatively affecting a man’s sexual health, he said.

He said only a few hospitals have the staff and facilities necessary to carry out the procedure. However, training courses will soon be made available to local doctors.

Wu said he believed enough facilities and manpower would be available to handle the demand for such operations by the time the procedure is officially approved.

“The success rate of the operation is almost 100 percent,” Duan Jianhua, an official of Guangzhou population and family planning commission, said.

Wu said the technique was developed through more than 1,600 clinical trials all over the country. More than 500 men in Qingyuan, a city in Guangdong Province, have already had the operation. All the trials were successful and none of the subjects has experienced any side effects.

Zhu Jiaming said the operation costs just a few thousand yuan, which is affordable for most people in China.

“When the technique is available, couples will have one more option for birth control, and married women do not have to install an intrauterine device (IUD) anymore,” Zhu said.
The public also seems ready.

“I welcome this technique. It makes me feel women are more respected by society than before,” Liu Jun, a woman in Guangzhou, said.