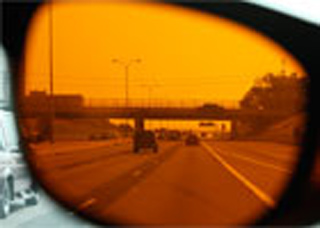 Some people seem to only see the greener pasture even during major hiccups in life. Are they being too optimistic and less practical? A study conducted by scientists from the Wellcome Trust Centre and University College London has revealed that people who tend to see the positive aspect in every instance could be doing so because of faulty function of the frontal lobes in their brain.

As part of the investigation, 19 subjects were shown a cascade of bad circumstances like car theft or Parkinson’s disease while they were undergoing fMRI scans to gauge the brain activity. They were told to estimate the possibility of this incident happening to them. After a few minutes, they were shown the average probability of such events taking place.

They were exposed to 80 such instances. After the scans were completed they were asked to estimate the occurrence of such situations in their life once again. They were also asked to fill questionnaires to detect their level of positivity.

“Seeing the glass as half-full rather than half-empty can be a positive thing – it can lower stress and anxiety and be good for our health and well-being. But it can also mean that we are less likely to take precautionary action, such as practicing safe sex or saving for retirement. So why don’t we learn from cautionary information?” cited Dr Tali Sharot.

The outcomes showed that people apparently gave their estimates using the data provided, but only if the information was better than assumed. The team believes that when data provided to the participants was better than what they thought, there was seemingly increased activity in the frontal lobes of the brain. These reactions in the brain supposedly processed the information to recreate an estimate.

However, when the information was not positive as compared to their estimation, the frontal lobes of a more optimistic person appeared to code it less efficiently, thus, implying that they overlooked the evidence shown to them. Levels of optimism were calculated using the personality survey.

The analysis basically reveals that when we are more optimistic, negative incidences tend to have less influence on our thoughts. Though they can be advantageous, there are some clear problems associated with it too.

The findings are published in the journal, Nature Neuroscience.