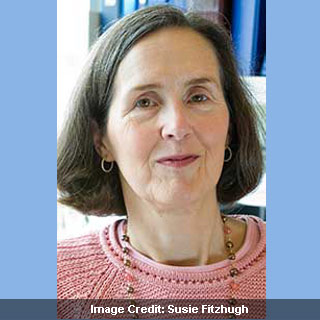 A study conducted last year disclosed that prostate cancer in young men could be indicated by genetic markers. More recently, a team of scientists from Fred Hutchinson Cancer Research Center claim to have spotted 5 genetic variables related to inheritance that are strongly linked to severe and fatal prostate cancer.

This analysis may eventually pave way for a convenient blood test that is recommended after diagnosis to gauge who may undergo massive treatments and those whose condition can follow a delayed approach. Many physicians believe that a large number of men with less aggressive tumors and those which have less chances of developing into dangerous prostate cancers undergo excess treatment. This apparently leads to side-effects like sexual impotence and urinary problems.

“Biomarkers that could distinguish between patients with indolent versus more-aggressive tumors are urgently needed. The panel of markers we’ve identified provides the first validated evidence that inherited genetic variants play a role in prostate cancer progression and mortality. Ultimately these markers could be used in the clinic, along with other known predictors that are used to assess tumor aggressiveness, such as a high Gleason score, to identify men with a high-risk profile,” explained Janet L. Stanford, Ph.D., co-director of the Hutchinson Center’s Program in Prostate Cancer Research and a member of its Public Health Sciences Division.

The clan planned to examine single-nucleotide polymorphisms (SNPs) in genes that have a vital contribution in prostate cancer development. These are inclusive of inflammation, steroid-hormone production and metabolism, DNA repair, circadian rhythm along with vitamin D activity. As part of the study, the analysts examined DNA in blood samples obtained from 1,309 Seattle-region prostate cancer patients in the age-group 35 to 74 while they were diagnosed. They critically analyzed 937 SNPs in 156 candidate genes. Out of these, 22 SNPs were apparently related to prostate cancer-specific death.

To validate the above outcome, 22 SNPs of 2,875 prostate cancer patients in Sweden who were aged 35 to 74 during diagnosis were inspected. After the process of genotyping, it came to fore that out of the 22, five of them were linked to prostate cancer mortality. Nearly 17.4% of Sweden’s population seemed to encounter death as compared to 4.6% in Seattle. This was a part of an average follow-up duration of 6.5 years which goes parallel to the death rate due to prostate cancer in Sweden with respect to the U.S. The investigators unfolded 5 SNPs that were marked individually and seemed to influence progress of prostate cancer. These are namely, LEPR, RNASEL, IL4, CRY1, and ARVCF.

It was disclosed that patients who possessed 4 or 5 of these genetic indicators supposedly had a 50-fold higher risk of experiencing death from their prostate cancers. This was not the case with those who carried 2 or less genetic markers. The chances of dying from this cancer seemed to be in direct proportion to the number of SNP forms a patient expressed. According to the authors, if patients with lethal prostate cancers are identified at an initial stage, it would be advantageous to those who need massive therapies and also avoid excessive medications for those with indolent tumors.

This population-based study is published in the August 16 issue of Cancer Epidemiology, Biomarkers and Prevention.