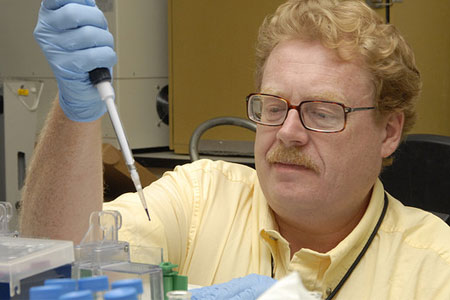 A heart attack may prove to be extremely fatal. If it is a severe heart attack, then it may be very difficult to save the life of the patient reveal experts. Also how fast the patient is transported to the hospital along with first-aid administered seems to play a big role in keeping the person alive.

Keeping that in mind, a latest study from the University of Cincinnati claims that a general, over-the-counter pain salve rubbed on the skin at the time of a heart attack may prove to be a cardiac-protectant. It is claimed to avert or decrease the injury to the heart while interventions are being administered.

It has apparently been discovered that applying capsaicin to particular skin locations in mice has supposedly caused sensory nerves in the skin to activate indicators in the nervous system. These indicators apparently triggered cellular ‘pro-survival’ pathways in the heart which supposedly defend the muscle.

These findings were put forth by Keith Jones, PhD, a study expert in the department of pharmacology and cell biophysics.

Capsaicin may be the major constituent of chili peppers and may produce a hot sensation. It may also be an active element in numerous topical medications used for momentary pain relief. The U.S. Food and Drug Administration have supposedly accepted the use of Capsaicin.

Jones is apparently working with Neal Weintraub, MD, a UC Health cardiologist and director of UC’s cardiovascular diseases division, and other clinicians to supposedly erect a translational plan to test capsaicin in human population.

Jones commented, “Topical capsaicin has no known serious adverse effects and could be easily applied in an ambulance or emergency room setting well in advance of coronary tissue death. If proven effective in humans, this therapy has the potential to reduce injury and/or death in the event of a coronary blockage, thereby reducing the extent and consequences of heart attack.”

An approximate 85 percent reduction in cardiac cell death was observed by the researchers, when capsaicin was used. It was also found that a small slit made on the abdomen apparently activated an 81 percent reduction.

Jones mentioned, “Both this and the capsaicin effect are shown to work through similar neurological mechanisms. These are the most powerful cardioprotective effects recorded to date. This is a form of remote cardioprotection, using a skin stimulus that activates cardioprotection long before the blocked coronary artery is opened.”

Neil Weintraub added that this study may provide a significant difference between present therapies.

Weintraub mentioned, “All of the current interventions require the vessel to be opened before doctors can act, and since it takes time to elicit protection, tissue dies. This treatment will protect the heart before the vessel is opened while producing a strong protective effect that is already active when we open the vessel.”

Jones and Weintraub believe that the skin is apparently the main sensor and the biggest human body organ. It may have developed to apparently guard animals and humans in a lot of ways.

Weintraub remarked, “By activating these sensors in the nervous system, via skin, we think that a response to preserve and protect the heart is triggered.”

Jones added, “We think that this technique is fooling the body into sending out protective signals. This may be similar to the way certain acupuncture treatments work; there may be a neurological basis. In a broad sense, this work may provide a ‘Rosetta stone’ for translating alternative medicine techniques—like acupuncture—to Western medicine. Perhaps we can understand the biological mechanisms of how alternative treatments may be successful for patients.”

Experts should explore this concept more by examining which sensors may be related with particular features of organ protection and how much of definite stimuli may be required to generate the preferred responses.

Jones quoted, “This could help create favorable outcomes for those who are experiencing stroke, shock or are in need of an organ transplant, and the best part is that it is done non-invasively and is relatively inexpensive.”

Jones added, “We don’t know if it will work for all indications, for all patients, and we don’t know if it will work over an extended amount of time. A major goal is testing this therapy in clinical trials, but we still need to study more about dosage and application—where we put it on the body for the best results. However, this has tremendous clinical potential and could eventually save lives.”

Jones warned people against rubbing capsaicin on their abdomen, if they sense that they may be having a heart attack.

This study was published in the journal Circulation.