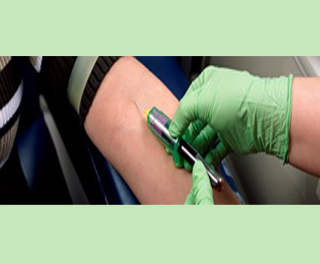 Thrombo-embolism is a fatal blood clot that claims many lives in England. Scientists from the University of Nottingham seem to have developed a tool that spots patients with high chances of blood clot who require some precautionary measures.

The tool relies on simple factors which the patient may be aware of and can be conveniently incorporated into GP computer systems to conduct risk assessment of patients. This is supposed to be carried out before admission in a hospital, during dragging flights, or prior to the onset of therapies that seem to have growing clotting risks.

The above risk prediction tool is called QThrombosis and seeks to indicate an individual’s chances of developing lethal blood clots. The investigators gathered information from 563 general practices in England and Wales. They observed above 3.5 million patients in the age-group 25 to 84 years with no formation of clots in the past. First cases of venous thromboembolism were inclusive of either deep vein thrombosis or pulmonary embolism. These were determined from a patient’s medical documents or death certificate at 1 and 5 years.

“We have developed and validated a new risk prediction model which identifies patients at high risk of venous thromboembolism. The algorithm is based on simple clinical variables which the patient is likely to know or which are routinely recorded in GP computer systems,” mentioned Professor Julia Hippisley-Cox and Dr Carol Coupland, of the University’s Division of Primary Care and other authors.

The outcomes presented nearly 15 cases per 10,000 person years of observations for the rate of venous thromboembolism. Also, men and women seemingly faced increased susceptibility with growing age, BMI and intensity of smoking. On similar lines, those who had varicose veins, or faced congestive heart failure, chronic kidney disease or lung disease, inflammatory bowel disease and any kind of cancer appeared to be more vulnerable to formation of clots.

There also seemed to be greater risk involved in admission to hospital in the concluding 6 months and consumption of antipsychotic drugs, oral contraceptives, HRT or tamoxifen. The authors conclude that they have provided validation for a new risk prediction model that recognizes patients at high risk of venous thromboembolism. However, further analysis will uncover the ways in which the algorithm can be put to best use.

The study is published online at BMJ.