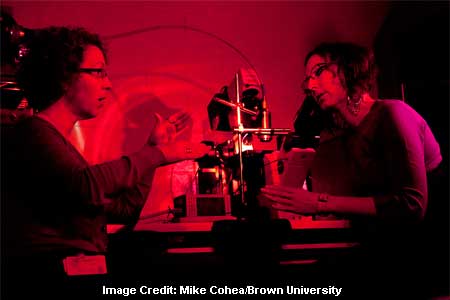 The sensitivity of the skin to sunlight has always been a mysterious issue for professionals. More recently, scientists at Brown University have demonstrated that melanocyte skin cells apparently have the ability to spot UV light by using a photosensitive receptor, which was earlier known to exist only in the eyes.

This tendency of the skin to be reactive to UV light supposedly accelerates the production of melanin in few hours. The process is apparently quicker than initially considered as the skin attempts to shield against DNA damage.

“As soon as you step out into the sun, your skin knows that it is exposed to UV radiation. This is a very fast process, faster than anything that was known before,” commented senior author Elena Oancea, assistant professor of biology in the Department of Molecular Pharmacology, Physiology, and Biotechnology at Brown University.

In the first experiment, the scientists wished to see whether UV light triggers a calcium signaling response, and found nothing. They then added retinal including rhodopsin to the cells and found an immense calcium response. Further, they found that skin cells comprised rhodopsin RNA and protein.

In the presence of UV light, the team reduced the levels of rhodopsin in the cells and found that calcium response seemingly decreased. Notably, when the cells were deprived of retinal, melanin synthesis apparently dropped.

According to the scientists, when UVA reaches rhodopsin receptors with retinal, calcium signals seem to be accelerated within a couple of seconds. After about an hour, melanin appears to get collected but in small quantities as compared to the accumulation seen throughout the day.

The team is of the opinion that melanin guards the DNA in skin cells against impairment from UVB rays by absorbing the forthcoming radiation. However, it’s not perfect which is why using a sun block is considered essential. They are yet unclear if rhodopsin acts singlehandedly or in combination with others to show this result.

The research also does not provide a reason to stop using sunblocks, Oancea concluded. It is published in the journal, Current Biology.