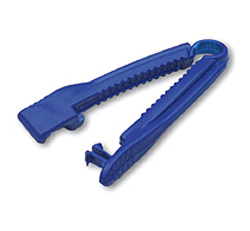 A British expert has said that clamping the umbilical cord right after birth could be harmful for babies.

The umbilical cord connects the developing foetus with placenta. The expert said that leaving the cord for around three minutes can boost the baby’s iron stores, cutting the risk of anaemia.

Early cord clamping is a common practice in several countries. It is widely used as part of active birth management guidelines, which have been shown to prevent the mother haemorrhaging immediately after birth.

But Andrew Weeks, a lecturer in obstetrics at the University of Liverpool, said there was no evidence that clamping the cord immediately had any benefit for the mother.

In the baby, evidence has shown that allowing the cord blood to keep flowing for a few minutes increases the iron stores.

In the developing world, where anaemia is a major problem, practices have now changed to delay clamping. The World Health Organization (WHO) has dropped early clamping from its guidelines.

Weeks recommended waiting three minutes in healthy babies but said the issue was more complicated in babies born prematurely or by caesarean section even though they would perhaps benefit the most.

“For them a policy of ‘wait a minute’ would be pragmatic,” he said.

There have been concerns that delaying clamping in healthy babies could increase the risk of jaundice, but a recent study in the US suggested this was not the case.