Researchers believe that teens that drink alcohol, smoke and are sexually active are more prone to the usage of crystal meth. This research was conducted by the medical researchers of the University of Alberta. 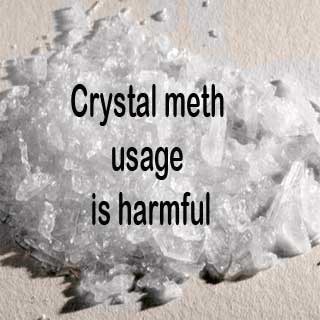 The team believed that those teens who are already involved in drugs and with an unstable family environment will in all likelihood get inclined towards crystal meth. This research was led by Dr. Terry Klassen who is a professor in the Department of Pediatrics in the Faculty of Medicine & Dentistry.

These researchers thoroughly studied the use of the methamphetamine drug and also analyzed the results of a number of studies on this topic. This thorough study was undertaken to understand the factors at the individual, family and community level linked with the use of this drug among children and adolescents.

Klassen says, “If risk factors for MA use could be identified, physicians and other health-care professionals who work with youth may be better equipped to identify MA users, and develop education and prevention programs that could be targeted to youth at greater risk for using MA.”

The researchers divided the subjects in two groups. The subjects included children and adolescents. They were divided into “low risk” (no previous drug use) and “high risk” (history of drug use and time in juvenile detention centre). It is said that some clear patterns of risk factors were linked with crystal meth use.

The researchers found that in the low risk group, boys were more prone to crystal meth use when compared to girls. Being homosexual or bisexual was an added risk they faced. However in the high risk group, girls made use of crystal meth more than boys. Child abuse was not seen as a risk factor in this group. Family history of alcohol abuse was linked to this particular drug’s use.

The presence of certain psychiatric problems was a risk factor for both the groups. The researchers were unable to positively determine if these causal factors are responsible for drug use in adolescents.

Results though predictable, Klassen says that, “You don’t know beforehand whether a hypothesis will be proven or disproven. If we didn’t engage in these kinds of studies, we wouldn’t know for sure.”

The research is mainly conducted to aid the health care professionals and even parents. The researchers say that parents should pay more attention to their children and notice symptoms in them, if any, to be able to prevent any diverse outcome. They concluded by saying that it is evident that counselors and health care workers have to conduct a holistic understanding which also includes lifestyle, psychiatric and family history.

This article by the University of Alberta was published in the BMC Pediatrics medical journal.