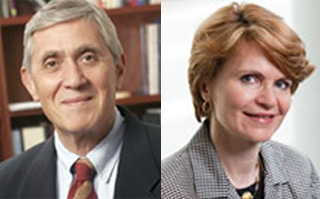 In recent times, there have been considerable advances in the field of personalized medicines, especially in cancer cases like breast and colon tumors. Following this, a team from the Albert Einstein College of Medicine has undertaken a study to survey the issues encompassing the need and scope for personalized medicine in the treatment of diabetes.

According to the figures publicized by CDC, approximately $174 billion accounted for direct and indirect costs of diabetes in the year 2007. Reportedly, the number of worldwide cases of this disease is 347 million. The team puts forth that personalized medicine, based on a patient’s genetic make-up could be of greater help in the prevention as well as treatment of this condition.

Dr. Meredith Hawkins, M.D., professor of medicine and director of Einstein’s Global Diabetes Initiative, who has also traveled extensively across South America, Asia and Africa studying the explosion of diabetes cases, including a poorly understood form of the disease known as malnutrition diabetes, commented, “Public health initiatives are a critical tool in controlling obesity and diabetes but they are costly, especially in the developing world, where most new cases of diabetes are occurring. While it would be helpful to target scarce resources to those who would mostly likely benefit, consideration must also be given to those who fail to be identified as high risk by existing screening tests but will develop the disease anyway.”

While the team recognizes the need for personalized treatments, it also stresses on the requirement of practical and reliable methods to identify patients at high risk. It highlights that there are no steadfast predictors which help health care providers recognize this condition. For example, CDC reports that 1 in 4 Americans shows impaired fasting blood sugar level which is considered a risk factor for type 2 diabetes, but the rate of reported new cases among these individuals is less than 2 percent.

The paper of this study is titled ‘Personalized Medicine To Identify Genetic Risks for Type 2 Diabetes and Focus Prevention: Can it Fulfill its Promise?’ which can be found in the journal Health Affairs.