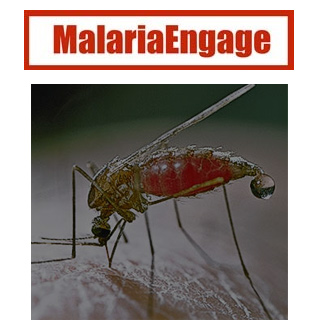 The website offers individuals seven highly varied projects which involve selected scientists in developing countries out of which they can choose the ones they like and thus contribute 10 dollars or more to the project.

The site hopes to bring together people to fight against one of the leading killer disease by providing a discussion area where supporters can come forward and interact with researchers on the topic. Here they can share news with each other and update their knowledge on malaria. Along with news they can also share photos of the projects that they have funded and the projects that have been proposed.

This way the websites aim to provide a meaningful way for individual participation and create international communities with common interests. It basically provides a platform for individuals who want to work directly with researches in Africa where the disease claims a child every 30 seconds and 1 million lives every year.

“Malaria is an ongoing global health catastrophe that must be addressed by empowering researchers in the developing world to find solutions to their countries’ own problems through creative, properly capitalized research programs,” said Abdallah S. Daar, the project’s lead partner, at Canada’s McLaughlin-Rotman Centre for Global Health at University Health Network and University of Toronto (MRC). “Tapping the talent and motivation of developing country scientists is critical if we’re going to win this fight,” he added.

The team also involves 25-year old Tom Hadfield, who introduces himself as a ‘part-time student and a full-time entrepreneur’. Tom Hadfield came into limelight at the age of 17 when he developed a site titled Soccernet in his bedroom, in native Britain, which he sold to ESPN fetching himself 40 million dollars.

“It’s shocking that thousands of people are dying every day from a preventable disease. When I came back from Africa last summer, a lot of people asked me what they can do to help,” said Hadfield. “By encouraging individual participation and involvement, we will create international communities of common interest. This is the essence of social networking – MalariaEngage.org connects people who want to help directly with researchers working in Africa on malaria prevention, treatment and capacity building projects. Everyone can help and I urge them to discover, learn, join, contribute, get results, share experiences and invite others to participate,” he added.

Hadfield is looking forward to merging www.MalariaEngage.com with other social networking sites like Facebook where one can add the site as a ‘cause’ they are supporting on their profiles and form groups and communities and hold discussions on the same thus contributing towards the cause of eradicating malaria.

Malaria affects 40% of the world’s population out of which the poor countries are hit with about 300 to 500 million infections. The ones who survive severe malaria end up with brain damages and learning impairment. The worst hits are the children afflicted with malaria.