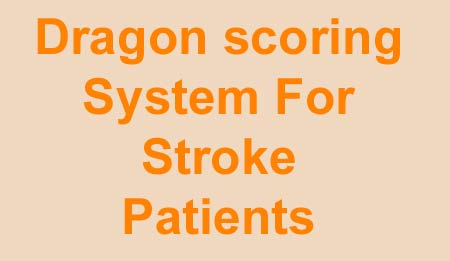 Alteplase is a clot-busting drug used for the treatment of acute ischemic stroke (ICS). A new protocol named Dragon score has been developed by Helsinki University professionals, which is cited to be used as a tool to detect the responsiveness of stroke patients to the drug alteplase.

The study constituted nearly 1,319 individuals suffering from ischemic stroke with a median age of 69. These patients were treated with alteplase. They were assigned scores in the range of 0 to 10 based on their glucose levels, age, intensity and time of stroke along with many other factors.

“The DRAGON score is simple and fast to perform, it has no cost, and it consists solely of factors that are known when the patient is admitted to the hospital or soon after. We found that we could determine the score in less than a minute. This can help the doctor, the patient, and the family to evaluate the situation, make choices and give the most relevant treatment with the greatest speed,” commented study author Daniel Strbian, MD, PhD, of Helsinki University Central Hospital in Finland.

A higher score signified a bad outcome at the conclusion of 3 months. Almost 96% of patients scoring 0 to 2 seemed to manifest a good outcome after a span of 3 months. None of the participants with a dragon score of 8 to 10 appeared to experience good outcomes. A subsequent trial produced the same results. The score system may help in deciding the course of treatment for patients who are not likely to benefit only by consuming alteplase.

The study is published in Neurology, the medical journal of the American Academy of Neurology.