The most dreaded disease of its time, Acquired Immune Deficiency Syndrome (AIDS) has still not found a cure. The only solution for this killer disease is the prevention. While researchers are still on their way developing treatments and vaccines, they have seemed to found a way to block transmission of the Human Immunodeficiency Virus (HIV) through breast-feeding. 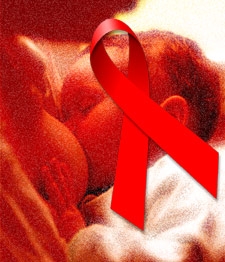 One of the transmission routes for the AIDS virus is breastfeeding wherein the infant contracts the disease from its HIV positive mother. The incidence of AIDS through breastfeeding has mostly been witnessed in various regions of Africa as there is no other option that can replace breastfeeding.

The researchers at the University of Illinois at Chicago have come across a way they can block the HIV from spreading from mother to infant. At the 86th General Session of the International Association for Dental Research (IADR), the team of researchers announced that they are developing a technology where they will be employing the probiotic lactobacilli to block the virus from getting transmitted through the milk.

The probiotic lactobacilli that scientists are making use of is similar to the species of bacteria that is present in most of the diary products like yoghurt, however, the aforementioned one is a special strain which has been isolated from human mouth.

The technology involves a new method of preservation that can help refrigerate the lactobacilli in hot regions like Africa thereby facilitating developing a prophylactic formula.

The lactobacilli work by binding to the outer envelope of the AIDS virus and reproduce themselves in milk. The infant when get immunized with the lactobacillus they remain protected till they wean. An infant formula comprising of these bacteria is developed by the scientists. The lactobacilli need to be preserved in bio-protecting agents like sucrose and trehalose. These sugars (agents) can preserve the lactobacilli when freeze-dried at 4°C and 20°C. But, the preserved lactobacilli cells die in warmer temperatures like 33°C. With the new agent that the researchers have developed the bacteria can remain fresh even after 12 weeks and work very effectively.