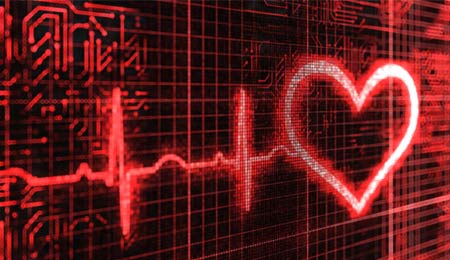 Considering the sudden and inadvertent nature of heart attacks, a technique to forecast the same would no doubt be a major breakthrough. Well, scientists from the University of California (UCSF) have revealed that regular electrocardiogram (EKG) tests conducted to gauge the heart’s electrical rhythms may predict heart attacks too.

The study was conducted among 2,192 healthy senior adults aged 70 and higher for a span of 8 years. According to what was observed, individuals with abnormalities in their EKG tests apparently suffered from heart attacks. This result was true even after controlling for variables like smoking, high blood pressure, high cholesterol and others.

“We did not include them if they reported a previous heart attack. So we looked at people who lived independently — not in assisted living facilities — with no history of heart attacks or coronary heart disease,” commented lead author Reto Auer, MD, a research fellow at UCSF’s Department of Epidemiology and Biostatistics.

Essentially, abnormalities in EKG tests referred to contraction of the left ventricle after the right along with principal ST-T wave fluctuations and more. However, slight ST-T and T-wave alterations were regarded as low risk factors.

Notably, both subtle and major changes in EKG were seemingly linked to growing risk for coronary heart disease (CHD). The study is published in the recent issue of the Journal of the American Medical Association (JAMA).