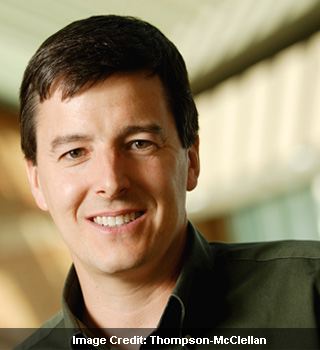 Hearts with irregular heart beats may start beating normally with the help of flexible electronics technology. This technology has been developed by a research team from the University of Illinois in collaboration with the University of Pennsylvania School of Medicine and Northwestern University. These biocompatible silicon devices may give rise to a new generation of surgical electronics.

Treatments are available for hearts that have a rhythm of their own. These treatments include pacemaker implants, cardiac ablation therapy in which specific clusters of arrhythmic cells are targeted and destroyed. The current techniques call for multiple electrodes to be placed on the tissue in a protracted, step-by-step process to construct a patchwork cardiac map. Moreover, the intricacy of connecting rigid, flat sensors to soft, curved tissues hinders the electrode’s ability to monitor and foster the heart.

A flexible sensor array that can wrap around the heart to cover large areas of tissue at once was devised by senior scientist John Rogers, the Lee J. Flory-Founder Chair in Engineering Innovation and professor of materials science and engineering at Illinois and his team. The array has about 2,016 silicon nanomembrane transistors, each monitoring electricity passing through a beating heart. The Pennsylvania team showcased the transistor array on the beating hearts of live pigs, which are quiet similar to human hearts. They discovered a high-resolution, real-time display of the pig’s pulsing cardiac tissues, which was not possible early on.

“We believe that this technology may herald a new generation of devices for localizing and treating abnormal heart rhythms,” said co-senior author Brian Litt, of the University of Pennsylvania.

While Rogers mentioned that, “This allows us to apply the full power of silicon electronics directly to the tissue.” He further added that as the flexible electronics can be integrated into the body tissues, “these approaches might have the potential to redefine design strategies for advanced surgical devices, implants, prosthetics and more.”

The biocompatible circuits- the early ones being untroubled by the immersion in the body’s salty fluids- corresponded to the culmination of seven years of flexible electronics research by Rogers and his team. The team built circuits from ultra-thin, single-crystal silicon on a lithe or stretchy substrate, similar to a rubber or plastic sheet. The nanometer thinness of the silicon layer propagates the bending and folding of the rigid semiconductor.

Rogers remarked that if one could create a circuit that is compliant and flexible in nature, the integration of that circuit with the soft surfaces in the body like the irregular, constantly moving curves of the heart, becomes effective.
The theoretical mechanics group at Northwestern University headed by Younggang Huang unfurled important insights into the designs. The patchwork grid of cardiac sensors sticks to the moist surfaces of the heart by itself without the need of adhesives or probes, and lifts off easily as well. The wide range of sensors provides cardiac surgeons with a comprehensive picture of the heart’s electrical activity so as to help them locate and fix short circuits. The cardiac device boasts of the highest transistor resolution of any class of flexible electronics for non-display applications.

Rogers annotates on the technology by saying that, “It sets out a new design paradigm for interfacing electronics to the human body, with a multitude of possible applications in human health.”

The team is now planning to adapt the technology for its use with non-invasive catheter procedures. The teams from Illinois and Pennsylvania are trying to explore applications for the arrays in neuroscience, by applying grids to brain surfaces to study conditions of unusual electrical activity like epilepsy.

The research is to be published as the cover story for the March 24 issue of Science Translational Medicine and was supported by the U.S. Department of Energy, a National Security Science and Engineering Faculty Fellowship, the National Institutes of Health and the Klingenstein Foundation.