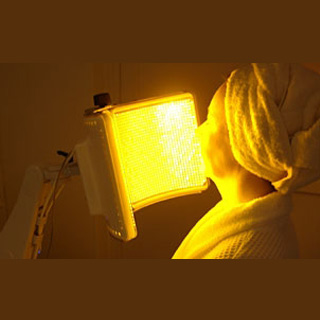 According to a latest study, renewing skin cells through LED photomodulation seems to have no noticeable advantage. Experts in this study were from the Université de Montréal.

LED photomodulation is a low-intensity and yellow light treatment that supposedly regulates cell activity. Apparently, photomodulation lamp treatments are promoted as having the ability to decrease the signs of aging.

“Marketers claim that photomodulation lamp treatments produce collagen, an essential protein for scaring, as well as elastin, a protein responsible for skin elasticity,” says lead author Patrick Boulos, a professor at the Université de Montréal Department of Ophthalmology and researcher at Maisonneuve-Rosemont Hospital.

He further cautioned that photomodulation marketers fail to state what studies have evaluated their products and whether control groups were utilized. For this purpose, Dr. Boulos along with six other experts were noted to have recruited nearly 36 test subjects intended for photomodulation lamp treatments.

Experts provided each participant with approximately 40 second treatments for a period of over eight weeks. This recommendation appears to have been stated by the makers of the lamps. Furthermore, after every session, test subjects were asked to evaluate their skin based on specific criteria. The criteria included texture, tone, wrinkles, redness, freckles and pore size.

After the study, all subjects seem to have reported nearly 70 to 80 percent improvement for all aspects of their skin. Dr. Boulos claimed that these are unbelievable and noteworthy rates. In addition, about 58 percent of test subjects have stated that they seem to have felt better after the treatment.

“Our study could not objectively reproduce the findings of other studies demonstrating efficacy of LED photomodulation as a skin rejuvenation procedure. Such treatment is a placebo,” explains Dr. Boulos.

However, an independent team of skin experts who evaluated before and after photos of subjects seem to have discovered no obvious improvements. He was of the opinion that patients actually believed that several of their facial features seem to have improved, even though there was no visible objective change.

The findings of the study have been published in the journal Dermatologic Surgery.