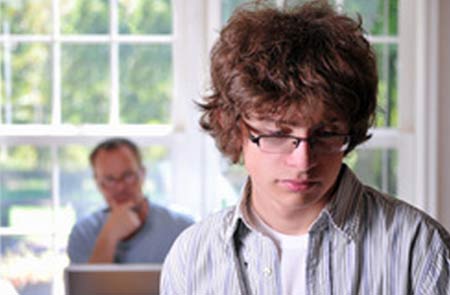 How can a blood test reveal the state of mind? Well, scientists from the Northwestern University have developed the first blood test of its kind for the detection of major depression among teens.

This test can apparently detect the subclasses of depression too, such as those suffering from anxiety, mood swings and so on. With the current methods relying on the patient’s memory of symptoms and interactions with a psychiatrist, this alternative looks much more precise.

Eva Redei, PhD, a professor of psychiatry and behavioral sciences at Northwestern University Feinberg School of Medicine and lead investigator of the study, commented, “Right now depression is treated with a blunt instrument. It’s like treating type 1 diabetes and type 2 diabetes exactly the same way. We need to do better for these kids.”

Understanding that people are affected by major depression will help start the treatment at the initial stage, thereby heading towards recovery. For the analysis, the team examined a set of 14 depressed and 14 normal persons aged between 15 and 19. They were exposed to a blood test, where the investigators noted down the biomarkers for depression.

The team had zeroed in on almost 26 genetic markers, out of which 11 of the variants served as a line of differentiation between the depressed persons and controls. 18 of them signified the presence of major depression alone or a combination of depression and anxiety disorder.

The analysts revealed that this way of diagnosing depression would make it less stigmatized and more acceptable like diabetes or hypertension. This report is published in the journal, Translational Psychiatry.