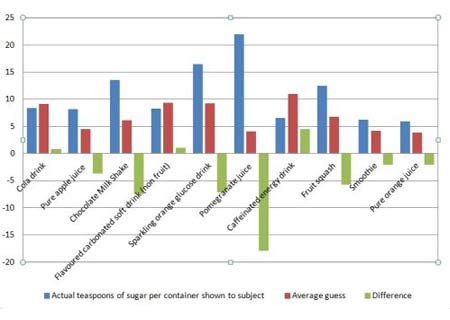 Many consumer goods are laced with sugar that is undoubtedly fueling the obesity epidemic. According to a team from the Glasgow University, sugar levels in fruit drinks are generally understated by people in the UK.

On an average, the scientists found that the sugar content of an individual in the UK apparently approximated to 659 grams with almost 3,144 calories adding up each week. Consuming a non-alcoholic drink amounted to intake of roughly 450 calories every day. Even sports drinks, fruit juices, sugar-carbonated beverages and energy drinks are included in this category.

“What you drink can be as damaging to the body as what you eat and there is no question that consuming too many sugar-sweetened drinks can greatly contribute to abdominal obesity and therefore increase your likelihood of developing health conditions such as type 2 diabetes and cardiovascular disease,” cited Naveed Sattar, Professor of Metabolic Medicine at the University of Glasgow. 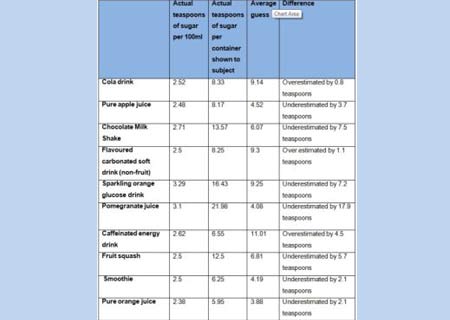 About 24% of the respondents did not seem to take into account the number of calories in the drinks they were consuming. Almost half of the participants did not compensate for the extra calories via diet.

Most people believe that certain fruit drinks do not contain calories, but it’s not true, the scientists say. The first step that individuals need to take is replace such drinks with water or other healthier alternatives. Though restraining sugar intake seems difficult at the initial stages, people ought to be motivated to do so.