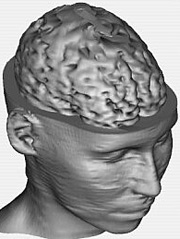 Round-the-year common colds may actually have a graver affect than just a runny nose. A research has revealed that acute viral infections may cause accumulating damage in the brain, which may lead to memory problems later on in life. In fact, the group of aggressive viruses likes those responsible for common colds, polio and diarrhea, may harm a very crucial memory-processing region of the brain called the hippocampus.

Some people experience a number of acute picornavirus infections in their lifetime, and this fact may explain the severe memory problems seen in elderly people who do not have any neurodegenerative illnesses, such as Alzheimer’s disease.

Charles Howe at the Mayo Clinic College of Medicine in Rochester, Minnesota, US, and colleagues injected mice with encephalomyelitis virus, which is related to human poliovirus. Because of their genetic makeup, the strain of mice used in the experiment got sick but did not develop paralysis from the infection.

The team found that even after they had recuperated, the infected mice had problems navigating a maze and remembering a route that they had previously learned, in comparison to uninfected mice.

An analysis of the animals’ brains showed that the mice that had been infected also had severe damage to the memory-processing hippocampus region.

Howe believes that severe infections known to cause brain inflammation, such as West Nile disease, may cause similar damage to the hippocampus, and subsequent memory problems, in humans.

Because the poliovirus and common cold virus are in the same family of picornaviruses, Howe also speculates that repeated severe colds might possibly cause damage to this brain region that accumulates over a person’s lifetime.

He and his colleagues plan to conduct brain scanning tests to look for signs of such damage in people with a history of acute infections.