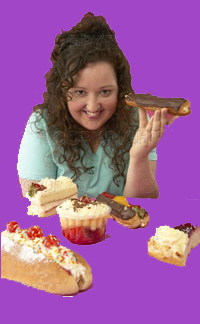 A European study has revealed that women with raised levels of blood sugar face a significantly increased risk of developing cancer. The research involved more than 64,500 men and women, and linked elevated blood sugar with cancers of the pancreas, skin, womb, and urinary tract. However, the heightened risk was only statistically significant for women.

They were invited to take part in a survey in the years in which they became 40, 50 or 60 years old after 1985. While they fasted, blood sugar levels were measured, as well as the amount of sugar in the blood after an infusion of glucose.

Women in the top 25 per cent range of blood sugar readings after fasting had a 26 per cent higher chance of developing cancer than those in the bottom quarter bracket. For women under the age of 49, there was an increase in breast cancer risk associated with elevated blood sugar while fasting.

Previous research has shown an increased risk of cancer in patients with type 2 diabetes. But the new findings demonstrate that even without diabetes, rising blood sugar levels are associated with increased cancer risk in women.

Overall, the study spanned 13 years. During the course of the research, 2,478 cases of cancer were identified.

The scientists, led by Par Stattin, of Umea University Hospital, in Sweden, also observed a pattern of increasing blood sugar levels. In 13 years, average levels of fasting and post-load glucose in the blood rose by about 17 per cent and 8 per cent respectively. There was clear evidence of higher rates of hyperglycaemia – unusually high blood sugar levels – with increasing age.

Comparisons were then made between blood sugar levels and cancer incidence.

The researchers wrote: “In this prospective cohort study, abnormal glucose metabolism was associated with a statistically significantly increased risk of cancer overall in women but not in men.”

Raised blood sugar levels in men appeared to protect against prostate cancer, though not to a significant degree.

The research was partly funded by the World Cancer Research Fund (WCRF). Greg Martin, of WCRF UK, said: “The results of this research are concerning. However, they are important because if women are aware of the facts, they are likely to be more motivated to change their lifestyle if their blood sugar levels are too high. And the good news is that it is possible to reduce your blood sugar levels by eating a healthy balanced diet with lots of fruit and vegetables and maintaining a healthy weight. We know that up to 40 per cent of cancer cases can be prevented by this type of healthy lifestyle, so this is just another reason for people to make those small changes that could make a big difference.”