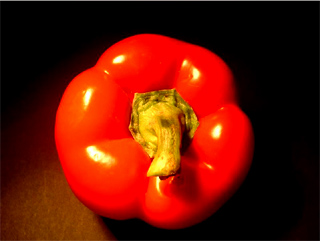 Reportedly, food scientists in Taiwan have conducted lab experiments through which they have concluded that capsaicin — the natural compound that gives red pepper that spicy hot taste — can reduce the growth of fat cells.

In the report, Gow-Chin Yen and Chin-Lin Hsu speak about previous research suggesting that obesity can be decreased by putting off immature fat cells (adipocytes) from developing into mature cells. Previous research also linked capsaicin to a decline in the amount of fat tissue and decreased blood-fat levels. Keeping that in mind, the researchers tested capsaicin’s effects on pre-adipocytes and adipocytes growing in laboratory cultures.

They discovered that capsaicin prevented pre-adipocytes from filling with fat and becoming full-fledged fat cells. The effects occurred at levels just slightly greater than those found in the stomach fluid of an individual eating a typical Indian or Thai diet, the researchers noted. Capsaicin worked by providing a biochemical signal that made fat cells undergo apoptosis, a mechanism in which cells self-destruct.

The study is slated for the March 21 issue of the ACS’ Journal of Agricultural and Food Chemistry.