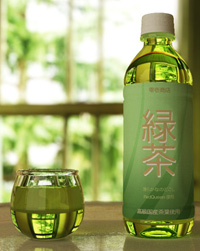 A recent study has shown that drinking green tea may help to fight cancer. It is common knowledge that cancer is one of the biggest killers in today’s times. Tea has been used in the past, for managing and preventing allergies, diabetes, bacterial and viral infections, cavities and reduce or cure inflammatory diseases.

Qing-Yi Lu, PhD, of the Center for Human Nutrition at the University of California at Los Angeles (UCLA) and other researchers exposed a sample of human lung cancer cells to a decaffeinated green tea extract.

The lung cancer cells marinated in the green tea extract for up to three days. The extract remodelled a certain protein in the cells. As a result, they became more likely to stick together and less likely to move, the study found.

Antioxidants in green tea may have tweaked the cancer cell protein, but it’s not clear whether one antioxidant deserves all the credit or whether several antioxidants worked together, the researchers note in the study, which appeared online in the journal “Laboratory Investigation”.

The study doesn’t prove that drinking green tea curbs lung cancer in people. However, it may be possible to make new lung cancer drugs based on green tea extract, Lu’s team suggests.

Such drugs would target the lung cancer protein remodelled by the green tea extract in the lab tests.