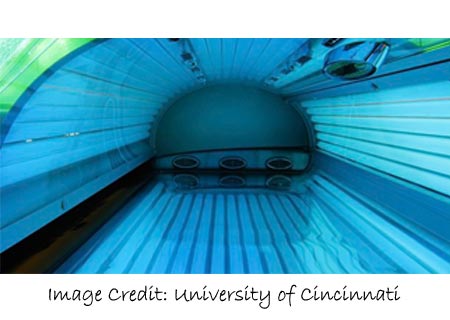 There are various measures that people take to replenish and provide their body with vitamin D. However, not all the adopted methodologies may be safe in the short as well as long run. Reputed dermatologists from the University of Cincinnati have stated that tanning beds and unprotected sun exposure may not be one of the suggested ways of providing your body with vitamin D.

Unprotected sun exposure is known to have various negative effects on the skin. It may potentially even lead to the development of melanoma. It is believed that there are two types of ultraviolet radiation (UV) which may damage the skin due to sun exposure. They are UVA and UVB.

Ann Neff, MD, assistant professor of dermatology, University of Cincinnati College of Medicine, says that, “The risk for skin cancer from UV light exposure outweighs the benefit of obtaining your necessary vitamin D from intentional UV exposure. There are much safer ways to acquire your daily dose of vitamin D that won’t increase your risk for skin cancer.”

Certain better alternatives have been suggested which may ensure an efficient supply of vitamin D. Alternatives like consuming foodstuffs rich in vitamin D including tuna, salmon, etc.; or may be even an intake of foodstuffs fortified to contain vitamin D like yogurt, milk, breads etc.

Neff further states that, “Studies suggest it only takes a small amount of time—10 to 15 minutes twice a week—of sun exposure to 15 percent of your body to get the required dose of vitamin D. But the impact of that light exposure on cancer risk varies greatly based on your skin type, the time of year, your proximity to the equator, and other factors such as cloud cover and smog.”

They have further informed that there are certain sunscreens which may shield an individual against both UVA and UVB rays. The use of sunscreens is believed to permit exposure of the skin to the sun, without burning or causing any damage to the skin and thus reducing the chances of developing skin cancer.

As far as tanning beds are concerned, it has been said that such beds may make use of either UVA, UVB or may be even both these waves. It was further voiced that even if these tanning beds discharge UVA rays which are non-burning, they may still lead to premature aging of the skin.

“UVA light—which is often touted as a ‘safe’ way to tan—has no vitamin D benefit and is still associated with an increased risk for skin cancer. Only UVB exposure will trigger the conversion of the vitamin D precursor to sun-generated vitamin D3 that impacts bone health. The problem is that UVB rays are also responsible for burning and linked directly to skin cancer,” elucidates Neff.

The study investigators have debated that vitamin supplements may be easily available at a lower cost as compared to tanning beds or exposing oneself to sun rays. They have suggested people to make use of facial moisturizers having an SPF of 15 or higher at all times of the year. However, during the summer season, use of moisturizer or sunscreen with an SPF of 30 has been recommended. In addition to sunscreens, protective clothing and hats have also been suggested. For fair-skinned people, or those with a greater tendency to burn with exposure to sun rays, or those people having a family history of melanoma or skin cancer have been suggested to use sunscreens having an SPF of at least 50.