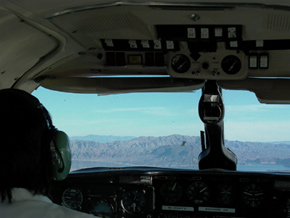 A London urologist has said that inadequate guidelines on kidney stone emergency care could put pilots, train operators and even their passengers at risk. So basically, it is all those people who travel frequently and for a long stretch of time who should be concerned.

If transport workers such as pilot, train drivers, and others whose job requires them to travel frequently, are suddenly weekend by kidney stone pain, it can pose to be a real safely risk to them and well as to their passengers, said co-author David Rainsford, a physician to the United Kingdom Civil Aviation Authority and consultant to the Royal Air Force.

In fact, in an article that was published in the British Journal of Urology, urologists called upon transport officials to put in strict guidelines in place especially for pilots and train drivers.

Basically, Kidney stones affect about one in ten people, wit the pain getting extremely severe. Generally, 40 per cent of attacks are those that need hospital admission, said urologist Nigel Borley of St. George’s Hospital in London.

The pain is so disabling, even with intravenous morphine, pain relief only averages 36 per cent, he added.