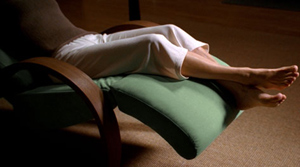 A Canadian study has suggested that restless legs syndrome may be associated with an increased risk of developing cardiovascular disease, especially in elderly people.

Restless legs syndrome (RLS) is a neurological disorder in which people have a strong urge to move their legs. Periodic leg movements associated with the disorder are typically most severe at night and can occur every 20 to 40 seconds.

“This repetitive rise in blood pressure during periodic leg movements could be harmful to the cardiovascular system, especially in severe cases of RLS, the elderly, and those with a long history of the disease,” study lead author Dr. Paola Lanfranchi said in a prepared statement.

“Further studies are needed to clarify and quantify the damaging effects of such changes on the heart and blood vessels and also to determine how medications for RLS may impact this damaging effect,” study co-author Dr. Jacques Montplaisir said in a prepared statement.