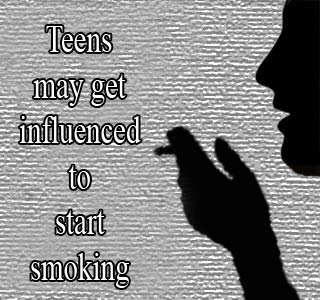 In fact, it was also noted that irrespective of the type of role played by these movie characters – protagonist or antagonist, their on-screen smoking could prompt teens to try smoking.

“Previous studies have confirmed a link between smoking in movies and the initiation of smoking by adolescents, and we wanted to dig deeper into the data to see if the type of character who is smoking matters. Is it ‘good guys’ or ‘bad guys’ that have more of an influence?” says lead researcher, Susanne Tanski, assistant professor of pediatrics, Dartmouth Medical School.“It’s true that ‘bad guys’ are more often smokers in the movies, but there really are not that many ‘bad guys’ compared to ‘good guys’. Episode for episode, youth who saw negative character smoking were more likely to start smoking, but since overall there is so much more exposure to ‘good guy’ smoking, the net effect is similar.”

Infact it was also noted that the low-risk teens, based on their sensation-seeking behavior, seemed to be more influenced by the smoking of the negative characters played on-screen.

Tanksi explains that, “This suggests that it’s alluring for ‘good’ kids to emulate the ‘bad’ characters on the movie screen.”

It was observed that though the occurrence of smoking in movies may have reduced, smoking is still going on, which is being viewed by teenagers. Tanksi cautions parents to restrict their children from watching movies containing smoking, especially R-rated movies. Even on viewing smoking scenes in movies or TV shows parents could probably talk with their children and discourage any inclination to try smoking.

These findings have been presented in the Pediatrics journal.