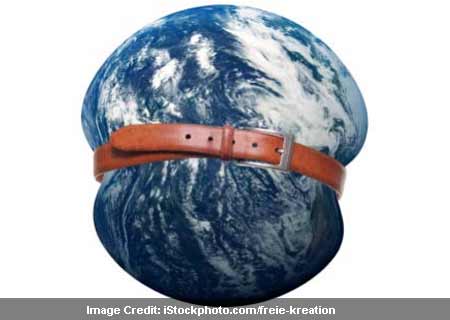 Obesity has been linked to a variety of conditions, and now a study by professionals at the London School of Hygiene and Tropical Medicine (LSHTM) has shown that weight gain could evaporate food resources. Basically, the team believed that it’s not just the growing population which is disturbing the ecological balance, but individuals’ weights come into play too.

The findings reported in the journal BMC Public Health, showed that heavy masses require more energy resources. With increasing weight, people’s energy requirements also increase, and that means a more heavy-weighing population will dissolve larger proportions of food resources as well. This puts forth that obesity is not a problem confined within the bodies of the concerned individuals, but has a global impact too.

Professor Ian Roberts, who led the analysis at LSHTM, remarked, “Everyone accepts that population growth threatens global environmental sustainability – our study shows that population fatness is also a major threat. Unless we tackle both population and fatness our chances are slim.”

The results brought to light variations in obesity levels and populations across different continents. Asia seemed to carry almost 61% of global population, while it had only 13% of the world obesity levels. On the contrary, North America which is very thinly populated, apparently ate up 34% of world biomass.

62kg is regarded as the optimal weight per individual worldwide. If the world biomass levels goes in tow with that seen in North America, it could mean that there is an additional group of 935 million people with average mass living across the globe.

This study comes as a reminder to people that obesity needs to be tackled at all costs.

Number of cerebral palsy cases seems to have augmented in the...