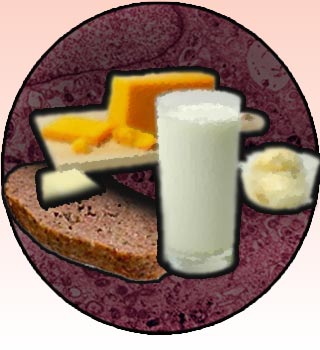 IGF-1 plays a very important role in the growth and development of children and adolescents.

Dr Andrew Roddam, leader of the study from Oxford University revealed, “What we found was a modest association at best, but it was statistically significant. A lot of the individual studies found the same trend but were too underpowered for their results to be reliable. It could be about 10 to 15 per cent higher in people who have a high consumption of dairy products or meat.”

He additionally said, “Here is a need to identify risk factors for prostate cancer, especially those which can be targeted by therapy or lifestyle changes. Now we know this factor is associated with the disease we can start to examine how diet and lifestyle factors can affect its levels and whether changes could reduce a man’s risk.”

Carried out by researchers at the Oxford University, for the study the scientists compared the results from 12 studies involving nearly 9,000 men. Researchers found that individuals with high levels of the hormone had higher chances of developing prostate cancer as against those with low levels of IGF-1. They former group was at a 40% increased risk. Along with increasing the risk of prostate cancer, the hormone apparently even spreads the tumour because cells fed with IGF-1 showed a quick growth.

Though scientists have linked the hormone with prostate cancer, they are not certain about the level of impact a diet rich in meat and dairy products can have on the levels of the hormone. If we look at previous studies, we will find that men who eat a lot of meat, cheese, milk and butter have high levels of the IGF-1 hormone while strict vegetarians show low levels.

Prostate cancer is on of the most common diseases in Britain affecting nearly 34,000 men every year.

The study is published in the journal Annals of Internal Medicine.