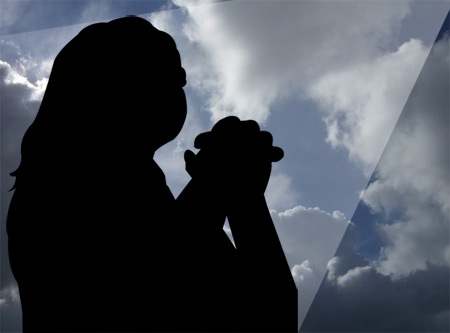 An unknown author once quoted ‘Weave in faith and God will find the thread’. Well a recent research says this might be actually true. Conducted by researchers at the Oxford University, the study reveals that faith in God can aid in relieving pain.

The findings were based on the analysis of 12 Roman Catholics and 12 atheists. These participants were tortured with electric shocks while they reviewed two paintings- one of Virgin Mary and the other a picture of Leonardo da Vinci’s Lady With An Ermine.

The Rt Rev Tom Wright, the Anglican Bishop of Durham, welcomed the research, expressing, “The practice of faith should, and in many cases does, alter the person you are. It can affect the patterns of your brain and your emotions. So it comes as no surprise to me that this experiment has reached such conclusions.”

In four sessions, the volunteers spent 30 minutes in an MRI scanner and were subjected to a series of 20 electric shocks. Each time on a scale of 0 to 100, the participants were asked to rate how much it hurt. Researchers had used the face of the Virgin Mary hoping it would induce a religious state of mind in the believers. On the other hand, the da Vinci’s painting was chosen as it did not look dissimilar and would be calming.

Interestingly, the researchers discovered that the Catholics were pretty much able to be able to block out most of the pain. Equipped with latest brain-scanning techniques, the scientists additionally found that the Catholics were able to activate part of the brain associated with conditioning experience of pain. The atheist in comparison experienced no such brain activity. Their levels of pain and anxiety were undisturbed.

Looking at the image of Virgin Mary, the Catholics reportedly felt safe, taken care of, calmed down and at peace. They also experienced a significantly 12% lowered pain after looking at the religious image than the Leonardo painting.

Guess we now have scientific proof to back the fact that heartfelt prayers provide peace to a mentally and physically disturbed body. So if you need relief in pain, just have faith in God!

The study is published in the scientific journal Pain.