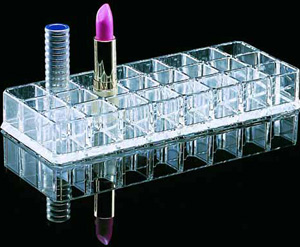 A survey has shown that at least nine out of ten women are putting their health and looks at risk by applying make-up past its expiry date.

Most women are unaware that their lipstick or mascara can be a “hothouse” for bacteria which can cause infections when the make-up is applied.

Experts from the College of Optometrists found that despite recommendations to throw away mascara after three to six months, 92 per cent of women admit to keeping it for longer.

Nearly two-thirds questioned were using eye make-up that was more than two years old.
The worst offenders were those in their late 30s and early 40s, of whom one in five uses eye makeup that is more than five years old.

The risk of infection is heightened by the tendency to share make-up.
Over a third of women under 24 admitted to sharing mascara with friends, for example, on a night out.

“Mascara can be a breeding ground for bacteria, so it’s not surprising we’ve found nearly half of women suffer from itchy, watery and red eyes when they are holding onto their eye maketheirup for so long and sharing it among their friends,” she said.

“The good news is that by taking a little bit more care with your make-up and beauty regime it’s easy to reduce the risk of eye infections.”