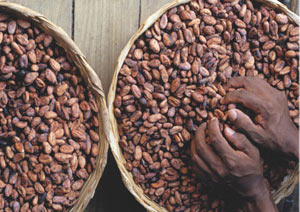 Researchers have revealed that although foods that are rich in cocoa may help to reduce blood pressure, drinking a lot of tea may not have a favorable effect on hypertension. Current guidelines advise individuals with hypertension to eat more fruits and vegetables. Compounds known as polyphenols or flavonoids in fruits and vegetables are thought to contribute to their beneficial effects on blood pressure and cardiovascular risk.

The authors note that tea and cocoa products account for the major proportion of total polyphenol intake in Western countries.

“However, cocoa and tea are currently not implemented in cardioprotective or anti-hypertensive dietary advice, although both have been associated with lower incidences of cardiovascular events,” they added.

Dirk Taubert, M.D., Ph.D., and colleagues at the University Hospital of Cologne, Germany, conducted a meta-analysis of 10 previously published trials, five of cocoa’s effects on blood pressure and five involving tea. The studies were either randomized trials, in which some participants were randomly assigned to cocoa or tea groups and some to control groups, or used a crossover design, in which participants’ blood pressure was assessed before and after consuming cocoa products or tea.

The effects are comparable to those achieved with blood pressure-lowering medications, the authors note.

Tea and cocoa are both rich in polyphenols, but while black and green tea contain more compounds known as flavan-3-ols, cocoa contains more of another type of polyphenol, procyanids.

“This suggests that the different plant phenols must be differentiated with respect to their blood pressure-lowering potential and thus cardiovascular disease prevention, supposing that the tea phenols are less active than cocoa phenols,” the authors wrote.