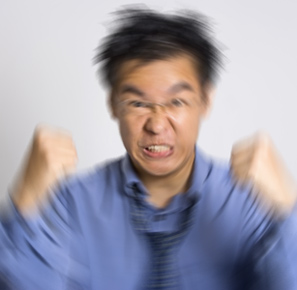 Young adults who are short-tempered may face greater lung problems, says a study. This study happens to be the first to offer a detailed examination of the inverse link between hostility and pulmonary function.

Usually, hostile or short-tempered people are often stubborn and impatient. They frequently get into fights or may say that they feel like hitting someone. These kinds of people tend to live isolated lives.

Physically, anger and constant hostility keep one’s blood pressure high and this tends to increase the chances of a man or a woman having another health problem like depression, heart attack or stroke.

Besides, teens who say that they often feel angry and hostile also feel anxious, stressed, sad and fatigue. They have more problems with alcohol and drug abuse, smoking as well as eating disorders.

In a study of 4629 black and white 18-30 year olds from four metropolitan areas in the US, psychologists examined whether the tendency to be hostile went along with having decreased lung function in otherwise healthy young adults.

“It’s remarkable to see reductions in lung function during a time of life we think of as healthy for most people,” Jackson continued.