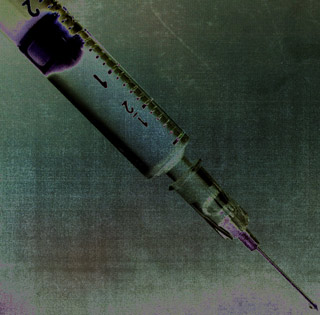 British scientists are on the way to developing a flu vaccine that they claim will give lifelong benefits to patients. Also, this “super” vaccine is expected to fight anything from winter flu to even bird flu.

The new FLU-v vaccine when compared with traditional jabs, is much easier to make and can also be stocked for a global epidemic.

Dr. Stuart Robinson of the Buckinghamshire company PepTcell, which developed the vaccine said, “We expect one course of injections- probably of two a week apart- to give life-long immunity.”

The new FLU-v vaccine is based on proteins that are common to all strains of the virus, which have not altered for about 60 years.

Also, this new vaccine makes immune system cells cytotoxic T cells to fight the virus, rather than bringing in antibodies.

Lab tests have also shown that FLU-v can save mice, for more than half the treated mice survived, while unvaccinated created died.

‘We are in real need of new types of vaccine. Anything that gives a more rapid response would be of great interest,’ Professor Hugh Pennington, emeritus professor at Aberdeen University, said.

Professor Malcolm McCrae of Warwick University said the vaccine could be a useful short-term measure against a totally new strain.

It is expected that human trials of FLU-v will start in 2008 and if they prove to be effective, it could be on the market in three to five years.