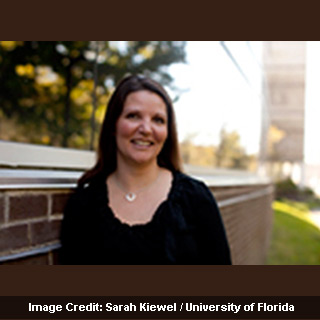 Originated in Middle Eastern culture, hookah pipes seem to burn charcoal and tobacco and are also known as shisha. Supposedly, air is drawn by the tobacco and into the pipe, where it passes through water. Hookah smokers extensively but mistakenly believe that the pipe appears to be a safe alternative to other forms of tobacco smoking.

Lead author of the study Tracey Barnett, an assistant professor in the UF College of Public Health and Health Professions’ department of behavioral science and community health said that, “Users tend to think smoking with a hookah is safe because they believe the water in the pipe acts as a filter. Many actually don’t think that shisha has tobacco, while others feel it’s a more pure form of tobacco that doesn’t have as many chemicals, although there’s really no reason to believe this.”

In reality, during a usual 20 to 80 minute hookah session, users could perhaps smoke the equivalent of 100 or more cigarettes, as said by the World Health Organization. Moreover, hookah smoking may carry 11 times more carbon monoxide as compared to a cigarette. Additionally it seems to have high levels of other carcinogenic toxins and heavy metals found in cigarettes. Though the water in the hookah pipes does absorb some nicotine, the authors believe that smokers appear to be exposed adequately, causing addiction.

The findings of the study are known to be based on data from the 2007 Florida Youth Tobacco Survey, an anonymous, annual survey administered by the Florida Department of Health to a random sample of public middle and high schools. Also, this 2007 survey, completed by nearly 9,000 students seems to be the foremost one to include questions about hookah use.

Barnett claimed that there are at least 100 hookah lounges in Florida and most have started in the past few years. Supposedly, hookah is typically shared in groups and smoked with sweetened, flavored tobacco.

“The social nature of hookah smoking appeals to young people. An 18-year-old high school senior can’t get into clubs where alcohol is served, but he or she can legally smoke,” she continues.

The study authors found that in addition to overall occurrence of hookah smoking, hookah usage rates could possibly be higher among boys, students who reported a history of cigarette smoking and those who think that cigarette smoking can reduce stress and help people feel more comfortable in social situations. It was observed that rates also rose with each advancing grade. Twelfth-graders seem to have been eight times more likely to have used a hookah as compared to sixth-graders.

Co-author of the study, Barbara Curbow, chair of the UF department of behavioral science and community health said that, “Beliefs about the relative lack of harm associated with hookah use may also be held by policymakers, scientists and the general public. This could explain the slow response to both restricting hookah use in public settings and mounting a full-scale research effort to understand its health effects. We hope that our work encourages policymakers and researchers to become more involved in understanding the phenomenon.”

Dr. Wasim Maziak, an associate professor at the University of Memphis and the director of the Syrian Center for Tobacco Studies said that the novel UF study team appears to add significantly to the rising evidence of the widespread use of water pipe smoking among youth in the United States.

Just a decade ago questions about water pipe use were not even taken into consideration in most youth tobacco surveys. Also, evidence suggests that water pipe smoking may be no less harmful or addictive than cigarettes. In fact, water pipe smoking could possibly be the first means for introducing nicotine to tobacco-naive adolescents.

All this requires intensive efforts in continuing active surveillance of this emerging tobacco-use method among U.S. youths. The study authors seem to hope in developing effective means to curb its spread.