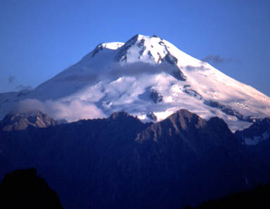 A new study has revealed that Acute mountain sickness (AMS), which affects about half of those ascending to heights over 3,000m, may lead to life-threatening complications such as pulmonary or cerebral edema.

The interest of the general public in AMS is thought to have increased over the past 25 years. This change is partly due to media exposure, trekking guidebooks and the wide availability of the Internet.

In spite of these apparent changes, it is unknown whether there is an actual increased awareness among those who actually climb to these altitudes, and if this awareness is accompanied by a decrease in the prevalence of AMS.

The study aimed to characterize the knowledge among high-altitude trekkers regarding symptoms, prevention, and treatment of AMS, and to examine whether this knowledge is translated into practice.

92 percent had heard of AMS prior to their current trip. Overall, awareness of AMS among trekkers was good, particularly in regard to symptoms and modes of treatment. Almost 90 percent of the travelers were found to have ‘basic knowledge’ of AMS and could recognize its symptoms (such as headache, plus 2 or more of the following: fatigue, dizziness, nausea, insomnia). 72 percent knew that descent was the primary mode of treatment. However, a fundamental mode of treatment, oxygen, was known to less than 10 percent of travelers.

The findings indicate that there is room for improvement, and they offer a major challenge to travel health care providers. Pre-travel consultation regarding AMS should be given by professionals with special attention to practical advice.

When Stressed, Men are more Likely than Women to Crave Alcohol:...