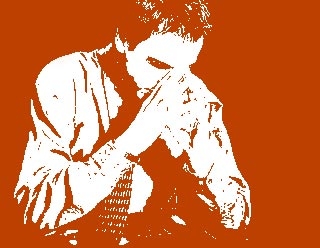 Modern life keeps us constantly on the move. Loads of work pressure, relationship tensions, finances and much more! All these can lead us to be really stressed out. If experts from the University of Medicine Berlin and McMaster University in Canada are to be believed then being stressed can cause serious skin diseases.

The researchers reveal that accumulated stress has a significant link to the skin. When in stress we tend to activate immune cells in the skin that can over-react leading to inflammatory skin diseases like atopic dermatitis and psoriasis. Describing it as a brain-skin connection, researchers thus show that stress perception, which involves the brain, can be associated with the skin.

Lead researcher Dr. Petra Arck, commented “It’s definitely chronic stress, and chronic stress to me is the accumulation of many acute (short-term) stressors. The daily hassles, basically: My neighbor upsets me, the household is too much. That kind.”

For the study, the researchers closely analysed mice in the laboratory. These mice were subjected to sound stress. The stress in turn led to the release of a higher number of mature white blood cells in the skin. The team also discovered that the proteins LFA-1 and ICAM-1 seemed to play an important role in enhancing the inflammatory skin reaction by attracting immune cells to the skin.

Interestingly they found that in stressful periods, the immune cells destroy invading bacteria and drift into the skin in large proportions. Even small irritants the study indicated could snowball into major stress leading to itching. Additionally, the study showed that on blocking the working of the two proteins LFA-1 and ICAM-1 brought a halt to the stress-induced increase in white blood cells in the skin.

Researchers thus conclude that stress may initiate the activation of numerous immune cells which can eventually cause inflammatory skin diseases.

The November issue of The American Journal of Pathology has published this study.