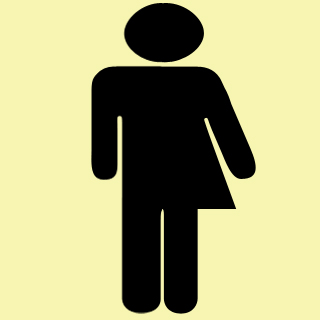 It could just be true that parents or guardians often ignore or do not recognize gender identity issues in their wards. However, according to a study titled Characteristics of Children and Adolescents with Gender Identity Disorder Referred to a Pediatric Medical Center, kids and teenagers with a gender identity disorder (GID) are in need of medical treatment or counseling.

Also known as a gender-dysphoric condition, it could be identifiable in children who are constantly uncomfortable with their sex. Noticeably strong and consistent cross-gender behaviors resulting from this psychological state could typically be a good indicator of this disorder. The fact that many parents may not pay much heed to such behavior and deem it as a passing phase, cannot be neglected.

But the new study insists that those who do not receive medical treatment or counseling for GID can be expected to fall under high risk for behavioral and emotional issues. 44% of 97 patients below 21 years of age who suffered from GID apparently had a history of psychiatric symptoms. 21.6% had a record of self-mutilation and suicide attempts, while 37% were being given psychotropic medications.

The authors behind the study say that early evaluation of kids manifesting GID may be important, but treating the disorder with medications should wait until they hit puberty. It has been advised that pediatricians and parents will need to consult with qualified mental health professionals for teenagers and kids going through gender-related problems.

The study highlighting the need for medical treatment and counseling for kids and teenagers with Gender Identity Disorder has been published in the March 2012 Pediatrics.