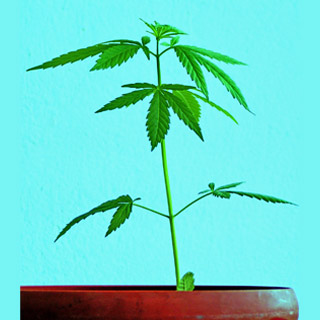 A latest study has found that the use of cannabinoids also known as marijuana could perhaps help in the treatment of post-traumatic stress disorder patients.

Post-traumatic stress disorder is known to be a condition in which the patient continues to suffer stress symptoms months and even years after going through a traumatic event like a car accident or terror attack. Apparently, these symptoms include reawakened trauma, avoidance of anything that could remind the patient of the trauma and mental and physiological disturbances. One of the problems in the course of treating trauma patients is that a person is often exposed to added stress, which may hinder the patient’s overcoming the trauma.

In the existing study conducted by Eti Ganon-Elazar, a research student at the Department of Psychology, University of Haifa, Israel, under the supervision of Dr. Irit Akirav, a synthetic form of marijuana was believed to have been used on rats in order to discover the effectiveness of a cannabinoid treatment for post-traumatic stress. Supposedly, synthetic form of marijuana has similar properties to the natural plant.

The first stage of the study was noted to have examined how long it took for the rats to overcome a traumatic experience, without any intervention. For this purpose, a cell colored white on one side and black on the other seems to have been prepared. The rats were placed in the white area, and the moment they moved over to the black area, which they prefer, they appear to have got a light electric shock. The study authors were believed to have brought the rats every day to the cell and placed them back in the white area.

The authors found that soon after the exposure to the traumatic experience, the rats seemed to have not moved to the black area voluntarily. However, a few days later after not receiving further electric shocks in the black area, they appear to have learned that it is safe again and moved there without hesitation.

Subsequently, the study authors were observed to have introduced an element of stress. A second group of rats were placed on a small, high platform after receiving the electric shock, which may perhaps have added stress to the traumatic experience. The study authors found that these rats seem to have refrained from returning to the black area in the cell for much longer. Supposedly, this signifies that the exposure to additional stress definitely does hinder the process of overcoming trauma.

In the third stage of the study, the authors were believed to have examined yet another group of rats. These rats were exposed to the traumatic and additional stress events, but just before being elevated on the platform, they received an injection of synthetic marijuana in the amygdala area of the brain. This area of the brain is known to be a specific area connected to emotive memory.

The authors found that these rats may have agreed to enter the black area after the same amount of time as the first group thereby signifying that the synthetic marijuana stopped the symptoms of stress.

Refining the findings of this study, the authors then appear to have administered marijuana injections at diverse points in time on additional groups of rats. Allegedly, they found that regardless of when exactly the injection was administered, it prevented the surfacing of stress symptoms.

Moreover, Dr. Akirav and Ganon-Elazar were noted to have inspected hormonal changes in the course of the experiment. They found that synthetic marijuana seems to have prevented increased release of the stress hormone that the body produces in reaction to stress.

Dr. Akirav was of the opinion that the findings of this study show that cannabinoids could play a crucial role in stress-related disorders. Further, these findings should encourage psychiatric investigation into the use of cannabinoids in post-traumatic stress patients.