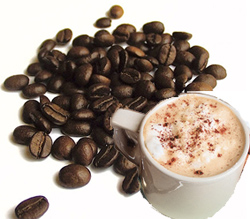 A newly published report indicates that drinking a cup of coffee or more everyday might protect people from liver cancer.

Liver cancer is a disease in which malignant cells are found in the tissues of the liver.

Researchers in Milan, Italy, looked at 10 studies that linked coffee and liver cancer. The studies covered 2260 people with liver cancer and nearly 2,40,000 without.

Some of the studies defined high coffee consumption as three or more daily cups. Others set the bar lower, at more than one cup daily.

The data collected also showed that coffee drinkers were 41% less likely to have been diagnosed with liver cancer than people who don’t drink coffee.

For every daily cup of coffee people drank, their odds of having been diagnosed with liver cancer dropped by 23% compared with people who never drink coffee.

People who drank a lot of coffee were 55% less likely to have been diagnosed with liver cancer than those who didn’t drink any coffee.