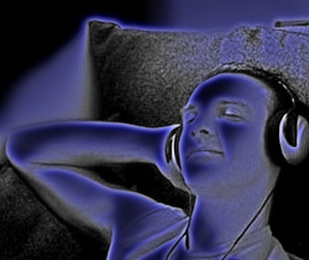 The finding may help scientists understand how the brain sorts out inputs from the chaotic world around it.

People listening to music engage the parts of their brains involved with paying attention, making predictions and updating the event in memory, researchers found.

Scientists used magnetic resonance imaging to see what parts of the brain are working during different activities. The study used short symphonies from an obscure 18th century composer to capture the attention of the people in the study.

“In a concert setting, for example, different individuals listen to a piece of music with wandering attention, but at the transition point between movements, their attention is arrested,” said the paper`s senior author Vinod Menon, PhD, associate professor of psychiatry and behavioral sciences and of neurosciences.

“I`m not sure if the baroque composers would have thought of it in this way, but certainly from a modern neuroscience perspective, our study shows that this is a moment when individual brains respond in a tightly synchronized manner,” Menon added.

The team used music to help study the brain`s attempt to make sense of the continual flow of information the real world generates, a process called event segmentation. The brain partitions information into meaningful chunks by extracting information about beginnings, endings and the boundaries between events.

“These transitions between musical movements offer an ideal setting to study the dynamically changing landscape of activity in the brain during this segmentation process,” said Devarajan Sridharan, a neurosciences graduate student trained in Indian percussion and first author of the article.

The study focused on movement transitions – when the music slows down, is punctuated by a brief silence and begins the next movement. The researchers attempted to mimic the everyday activity of listening to music, while their subjects were lying prone inside the large, noisy chamber of an MRI machine. Ten men and eight women entered the MRI scanner with noise-reducing headphones, with instructions to simply listen passively to the music.

In the analysis of the participants` brain scans, the researchers focused on a 10-second window before and after the transition between movements. They identified two distinct neural networks involved in processing the movement transition, located in two separate areas of the brain. They found what they called a “striking” difference between activity levels in the right and left sides of the brain during the entire transition, with the right side significantly more active.

The results of the study “may put us closer to solving the cocktail party problem — how is it we are able to follow one conversation in a crowded room of many conversations,” said one of the co-authors, Daniel Levitin, associate professor of psychology and music at McGill University in Montreal.

Music engages the brain over a period of time, he said, and the process of listening to music could be a way that the brain sharpens its ability to anticipate events and sustain attention, authors conclude.