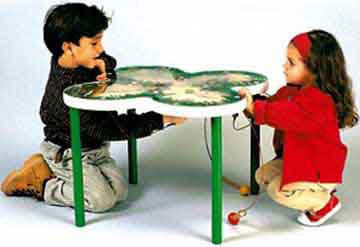 If you’ve got a little toddler who loves playing around with his magnetic toys then you surely need to be extremely alert and careful too.

U.S. health experts have cautioned parents to keep children away from magnetic toys because incase the magnet is accidentally swallowed; it could lead to numerous health complications.

Since 2003, one child died and 19 others have required surgery after they swallowed magnets found in toys, according to a report released on Thursday in the U.S. Centers for Disease Control and Prevention’s Morbidity and Mortality Weekly Report.

There could be several problems. Firstly magnets could get attached to different sections of the bowel resulting in obstructions, perforations and sepsis – a life-threatening infection of the blood.

Radiological examinations cannot help doctors verify whether objects in the bowel are magnets or are trapped tissue. The CDC has recommended that physicians pass a compass near the abdomen to help determine whether an unknown object is magnetic.

The centre also suggests that children below the age of six should not be given magnetic toys to avert the potential complications.