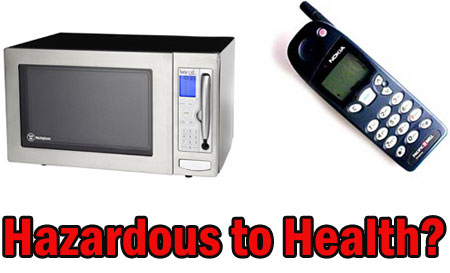 A recent study by Cogent EMR Solutions Ltd, a leader in the field of anti-EMR technology and a member of the Global Wellness Foundation, has found that EMR (electromagnetic radiation), a self-propagating wave with electric and magnetic components, poses a major threat to human health due to excessive use of electronic devices.

The study was carried out with the help of four scientists associated with Defense Research and Development Organization (DRDO) in India. It found that EMR rates in Delhi, Mumbai and Bangalore were much higher than the permissible limit.

According to Zafar Haq, CEO OF Cogent EMR, “Electromagnetic radiation is really hazardous for human health as it has penetration power to affect tissues.”

Haq also added that EMR aids the changing energy circulation and behavior of blood cells in the human body. It can even cause irritation, violent mood swings, sleeplessness, lack of concentration, low sperm count and cancerous diseases.

However, medical experts underplayed the so-called alarming findings, saying there was no documented evidence to prove that electronic products like mobile phones ands microwaves caused any health hazards.

But, Sukalyan Chattopadhyay of the Saha Institute of Nuclear Physics admitted the dangerous effects of EMR, saying that electromagnetic waves do damage human tissue.

Chattopadhyay, who is also associated with Big Bang Theory research at CERN in Geneva, added: “Each type of human tissue has certain power to absorb frequency level and if that level exceeds, it does affect human health to a great extent.”

EMR carries energy and momentum that might be imparted when it interacts with other matter, he said.

The Cogent EMR study for determining the effect of hazardous EMR revealed that exposure of human blood lymphocytes to continuous resonant frequency (RF) radiation of 830 MHz electromagnetic fields for 72 hrs – at temperatures ranging from 34.5 to 37.5 degrees Celsius – could lead to fatal diseases.

Such RF radiation is emitted by high-speed electronic devices, including microwaves, hair driers and automatic shavers.

It found that growing exposure to electric transformers that emit 50-60 hertz low level electromagnetic fields (EMF) may block melatonin, a type of natural neuro-hormone produced by the brain. It can also affect the ability of melatonin to suppress breast cancer cells from further multiplication.

It was also observed that eight hours of radiation from a TDMA (times division multiple access) cell phone could result in a 40 percent increase in ornithine decarboxylase (ODC) enzyme level, an indication for increased multiplication of cancer cells.