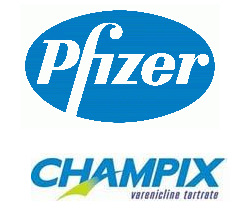 The European Medicines Agency (EMEA) has said that Pfizer’s Champix, a drug used for smoking cessation in adults, should carry a warning about the high risk of suicide attempts among patients. Pfizer happens to be one of the world’s largest drug maker.

Champix is also known as Chantix in the United States. The safety of the drug has been closely monitored by the Committee for Medicinal Products for Human Use (CHMP) since it was first authorized in the European Union in September 2006.

The CHMP said at its December 2007 meeting that Pfizer needs to update the product information to warn doctors and patients that depression has been reported among patients who are trying to quit smoking by using Champix. This depression may further lead to suicidal ideation and suicide attempt.

The Food and Drug Administration in the U.S. issued a warning for Chantix last month, citing one death, which may be linked to the drug’s intake.

Pfizer, on the other hand, has said that there is no scientific evidence linking Champix to depression.

“Clinician should be aware of the possible emergence of depressive symptoms in patients undergoing a smoking cessation attempt, with or without treatment, and should advise patients accordingly,” the company said.

Regulators have said that Pfizer has to make the necessary changes to their drug labels until December 19.

Shares of Pfizer Inc fell Friday, after European regulators highlighted concerns about the safety of Champix.