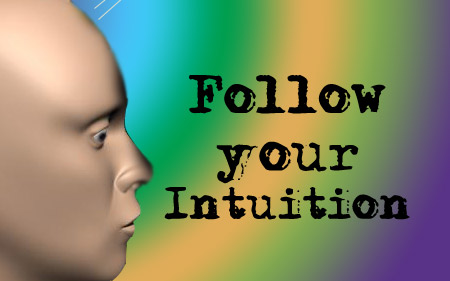 The next time you have a hunch about something or you get a gut feeling, follow it. Researchers at Leeds University Business School have said that these feelings are indeed real and should be taken seriously.

According to boffins, gut feelings also known as our intuitive sense is the result of the way our brains store, process and retrieve information on a subconscious level. Thus, it has been deemed as a real psychological phenomenon, in spite of the fact that science has ridiculed this concept of intuition from the beginning of time.

Lead researcher professor Gerard Hodgkinson of the Centre for Organizational Strategy explained, “People usually experience true intuition when they are under severe time pressure or in a situation of information overload or acute danger, where conscious analysis of the situation may be difficult or impossible.”

To further explain his theory, he gave the example of the recorded case of a Formula One driver who braked sharply when nearing a hairpin bend without knowing why.

His instincts however saved his life, for if he had rounded the corner at a high speed, he would have hit a pile-up of cars on the track ahead.

“The driver couldn’t explain why he felt he should stop, but the urge was much stronger than his desire to win the race,” explains Professor Hodgkinson.

“The driver underwent forensic analysis by psychologists afterwards, where he was shown a video to mentally relive the event. In hindsight he realised that the crowd, which would have normally been cheering him on, wasn’t looking at him coming up to the bend but was looking the other way in a static, frozen way. That was the cue. He didn’t consciously process this, but he knew something was wrong and stopped in time,” he said.

“Humans clearly need both conscious and non-conscious thought processes, but it’s likely that neither is intrinsically ‘better’ than the other,” he added.

Prof Hodgkinson believes that such gut feelings are based on the instantaneous evaluation of such internal and external cues.